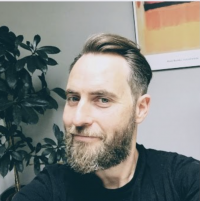 I am an Associate Professor at the School of Politics and International Relations at University College Dublin (UCD), and Director of UCD's Jean Monnet Centre of Excellence in the New Political Economy of Europe.

Prior to UCD, I was a postdoctoral fellow at the Max Planck Institute for the Study of Societies in Germany (MPIfG), and a Max Weber Fellow at the European University Institute (EUI) in Italy.

I completed my PhD in Public Policy at the College of Social Science in UCD. During this time I also worked as a researcher at the Amsterdam Institute for Advanced Labour Studies (AIAS), at the University of Amsterdam.

My research is focused on the comparative political economy of Europe.

I am also interested in the comparative politics of party competition, voter behaviour, left populism and the determinants of left-right voter positions.

I am a network organiser at the Society for the Advancement of Socio-Economics (SASE), and actively involved in the Council for European Studies (CES).

I teach various undergraduate and graduate courses, including Capitalism and Democracy, the Politics of Inequality, and the Political Economy of Europe.